BACKGROUND
Carestream is a market leader for its portable X-ray unit, called the DRX-Revolution. Since its launch in 2012, the Revolution has transformed the market with its wireless digital detector coupled with ergonomic innovations previously unseen by the radiology community.

OBJECTIVE
Generate a 30% contact rate among 4,421 contacts and a 10% lead rate among those contacted after 12 weeks.

STRATEGY AND CREATIVE EXECUTION
The goal of the campaign was to engage prospects with a new idea: The idea that the two Carestream mobile X-ray systems as a fleet represented a more flexible choice than having only one type of system. The creative strategy was designed to encourage the prospect to consider moving the mobile systems around the hospital, from room to room, considering the advantages of each system as a solution for either the pediatric room, the ICU, or as a unit that could be moved from one to another. Finally, we needed to create a piece memorable enough so that when the outbound phone team called, the prospect would be happy to accept the call.

We created a high-engagement direct mail format on a modest budget by using a very innovative mailer construction. The piece arrived flat but opened to create two divided hospital rooms – a neonatal ICU and a typical semi-private patient room – through the use of a unique pop-up panel. This created two copy panels for a
discussion on how each product, the DRX-Revolution and the DRX-Revolution Nano could be used effectively in each room setting.

To bring the portable X-ray fleet to life, we included two shrink-wrapped pouches, each holding five flat puzzle pieces (we created them from the product photos supplied by Carestream) that could be assembled by the recipient to create a paper replica of each product. (And while the puzzles were simple to assemble, we also shot two videos to explain the assembly and used them on the landing page.)

RESULTS
This campaign overachieved, delivering 191 leads (11.2% of those contacted via follow-up TM); 23 opportunities worth over $4.3 million. Anecdotal comments from recipients say it all:

“Linda received the DRX-Revolution models and put one together right away.”

“Scott acknowledged receipt of the marketing models and said that he likes the look of the technology.”

“Anita not only acknowledged receipt of her own marketing models mail piece but said that one of her technologists assembled theirs for display on Anita’s desk.” 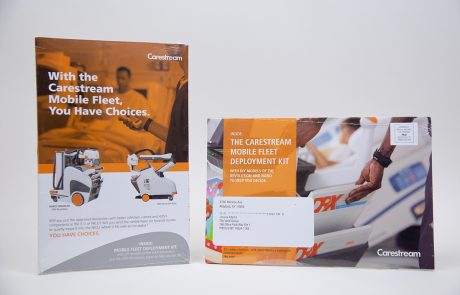 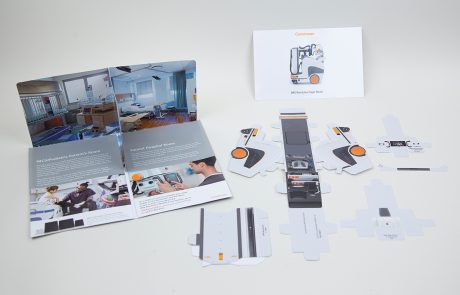 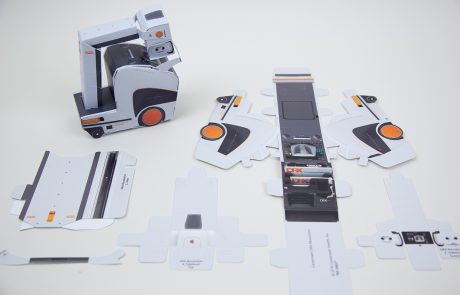 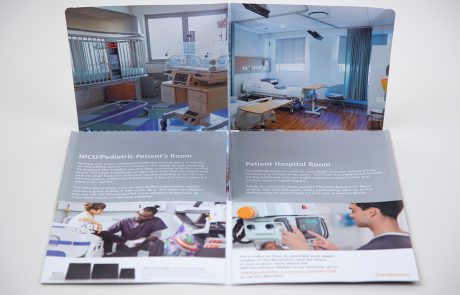