BACKGROUND
CloudCheckr is a cloud management platform that provides total visibility over cloud cost, security and compliance. CloudCheckr wanted to develop a multi-touch account-based marketing pilot targeting multiple decision-makers and influencers within key enterprise
accounts in cloud-intensive industries before, during, and after their major tradeshow event.

LIST:
A Key Driver of an Account-Based Marketing Effort
The success of an Account-Based Marketing program hinges on the scrupulous compilation of a well-defined list of potential customers that are likely to be “in-market” for your services. Leveraging marketing technology tools, CloudCheckr cherry-picked 450 Accounts with high potential for cloud spend that were showing signs that they were “in-market” and assigned 3-7 Contacts per Account covering the personas of IT Finance (interested in cloud cost management), Security, Compliance and DevOps for a total of approximately 1,400 prospects. Every touch of this campaign included variable data to answer the question, “What Can CloudCheckr Do for Me?”

CREATIVE
We distilled the main message to a clean, “gain total visibility over your cloud infrastructure,” and pulled this theme through the multi-touch creative execution consisting of three direct mail pieces, three emails, the landing page and the follow-up telemarketing by the sales team. The campaign kicked off with a direct mail invitation. As soon as the flat invitation was removed from its clear view poly envelope, it popped up into a dimensional piece of collateral that could nicely sit on the recipient’s desk. Next, prospects received a memorable dimensional box featuring a CloudCheckr branded rechargeable drone next to a brochure and lift note. The third direct mail touch was an oversize flat mailer enclosed in a clear view poly envelope revealing a big green CloudCheckr branded drone landing pad that could be used for the prospect’s rapidly growing fleet of drones.

RESULTS:
Contacts from 60 companies (15%) responded, with 27 companies having multiple respondents. This is 33% ahead of the goal of 45 set for the effort. 31 leads have converted to later-stage sales opportunities that have advanced past the “discovery” stage. Just eight weeks after the AWS Show took place, CloudCheckr has projected annual revenue of over $1 million, which would translate to an ROI of nearly 7:1! 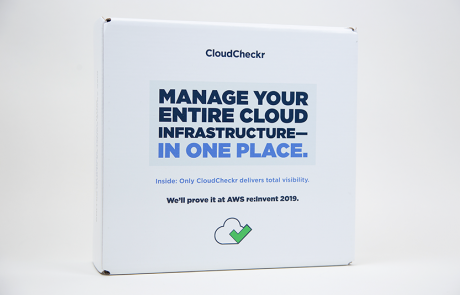 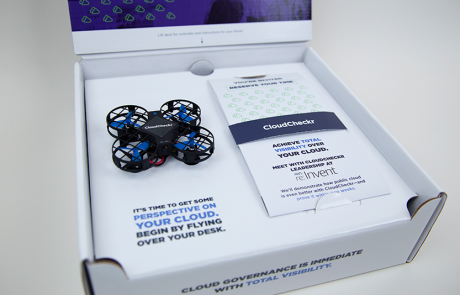 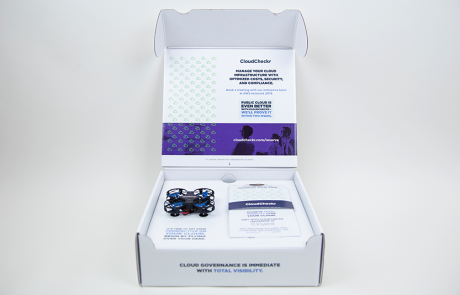 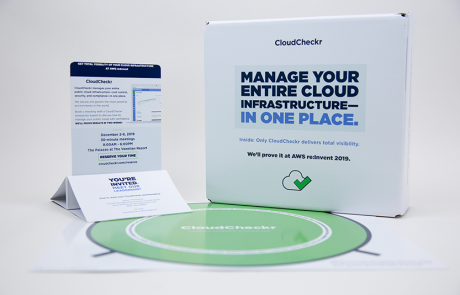